Levofloxacin is a synthetic broad-spectrum antibacterial agent for oral and intravenous adminstration.

Levofloxacin Tablets are indicated for the treatment of adults with bacterial infection caused by susceptible of the designated microorganisms in the infection listed below.

Levofloxacin tablets are contraindicated in persons with a history of hypersensitivity to levofloxavin, quinolone antimicrobial agents, or any other components of this product.

Levofloxacin is also contraindicated in persons with a history of tendonitis or tendon rupture associated with the use of any member of the quinolone group of antimicrobial agents.
More ... Less ...

The Safety and Efficacy of Levofloxacin Tablets in Children, Adolescents (Under the age of 18 years), Pregnant Woman and Nursing Mothers have not been established

While the clelation by divalent cations is less marked than with other quinolones, concurrent administeration of Levofloxacin Tablets with antacids containing magnesium, or aluminium,

as well as sucralfate, metal cations such as iron, and multivitamin preparations with zinc may interfere with the gastrointestinal absorption of levofloxacin, resulting in systemic levels considerably lower than desired. These agents should be taken at least two hours before or two hours after levofloxacin administration.
More ... Less ...

No apparent effect of theophylline on levofloxacin absorption and disposition was observed. However, concomitant administration of other quinolones with thephylline has resulted in prolonged elimination half-life,

No apparent effect of warfarin on levofloxacin absorption and disposition was observedThere have been reports during the post-marketing experience in patients that levoflaxacin enhances the effects of wafarin. .

Elevations of the prothrombin time in the setting of concurrent warfarin and levofloxacin use have been associated with episodes of bleeding. Prothrombin time, International Normalized Ratio (INR), or other suitable anticoagulation tests should be closely monitored if levofloxacin is administered concomitantly with warfarin. Patients should also be monitored for evidence of bleeding.
More ... Less ...

No significant effect of levofloxacin on the peak plasma concentrations, AUC, and other disposition parameters for cyclosporine was detected in a clinical study invloving healthy volunteers.

However, elevated serum levels of cyclosporine have been reported in the patient population when co-administered with some other quinolones. Levofloxacin Cmax and ke were slightly lower while Tmax and t1/2 were slightly longer in the presence of cyclosporine than those observed in other studies without concomitant medication. The differences, however, are not considered to be clinically significant. Therefore, no dosage adjustment is required for levofloxacin or cyclosporine when administered concomitantly.
More ... Less ...

No significant effect of levofloxacin on the peak plasma concentrations, AUC, and other disposition parameters for digoxin was detected in a clinical study involving healthy volunteers.

Levofloxacin absorption and disposition kinetics were similar in the presence or absence of diaoxin. Therefore, no dosage adjustment for levofloxacin or digoxin is required when administered concomitantly.
More ... Less ...

No significant effect of probenecid or cimetidine on the rate and extent of levofloxacin absorption was observed in a clinical study invloving healthy volunteers.

The concomitant administration of a non-steroidal anti-inflammatory drug with a quinolone, including levofloxacin, may increase the risk of CNS stimulation and convulsive siezures.

Disturbances of bood glucose, including hyperglycemia and hypoglycemia, have been reported in patients treated concomitantly with quinolones and an antidiabetic agent.

Therefore, careful monitoring of blood glucose is recommended when these agents are co-administered.
More ... Less ...

Interactions with Laboratory or Diagnostic Testing:

Levofloxacin exhibits a low potential for acute toxicity. In the event of an acute over dosage, the stomach should be emptied. The patient should be observed and appropriate hydration maintained. Levofloxacin is not efficiently removed by hemodialysis or peritoneal dialysis. 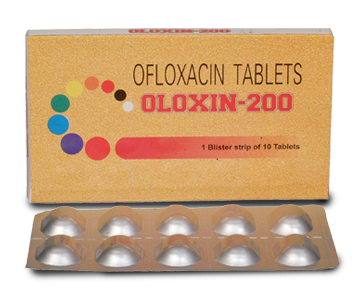 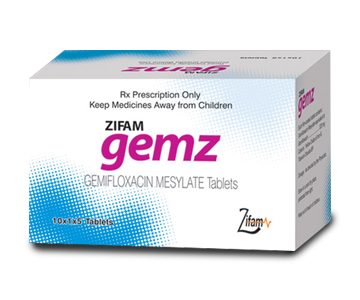