PHARMACODYNAMICS: Dudat (dutasteride) is a synthetic 4-azasteroid compound that is a competitive and specific inhibitor of both the type 1 and type 2 isoforms of steroid 5 alpha-reductase (5AR).

Mechanism of Action: Dutasteride inhibits the conversion of testosterone to 5(alpha)- dihydrotestosterone (DHT). DHT is the androgen primarily responsible for the initial development and subsequent enlargement of the prostate gland. Testosterone is converted to DHT by the enzyme 5 alpha- reductase, which exists as 2 isoforms, type 1 and type 2. The type 2 isoenzyme is primarily active in the reproductive tissues, while the type 1 isoenzyme is also responsible for testosterone conversion in the skin and liver. Dutasteride does not bind to the human androgen receptor. Daily doses of dutasteride 0.5mg, median serum DHT concentrations were reduced by 85% and 90% respectively. Dutasteride has no effect on plasma lipid profile and bone mineral density. No clinical significant changes in adrenal hormone responses to ACTH stimulation were observed in healthy subjects receiving dutasteride.

Dutasteride has a large volume of distribution (300 to 500 L) and is highly bound to plasma proteins (>99.5%). Following daily dosing, Dutasteride serum concentrations achieve 65% of steady state concentration after 1 month and approximately 90% after 3 months.

Reduction in the risk of acute urinary retention (AUR) and surgery in patients with moderate to severe symptoms of BPH.

DOSAGE AND DIRECTIONS FOR USE:

Dutasteroid can be administered alone or in combination with the alpha-blocker tamsulosin(0.4mg)

The recommended dose of Dutasteride is one capsule (0.5mg) taken orally once a day. The capsules should be swallowed whole and not chewed or opened as contact with the capsule contents may result irritation of the oropharyngeal mucosa. The capsules may be taken with or without food. Although an improvement may be observed at an early stage, it can take up to 6 months before a response to the treatment can be achieved. No dose adjustment is necessary in the elderly.

Dutasteride is contraindicated in:

– Women and children and adolescents

– Patients with hypersensitivity to Dutasteride, other 5-alpha reductase inhibitors soya, peanut or any of the other excipients.

Combination therapy should be prescribed after careful benefit risk assessment due to the potential increased risk of adverse events (including cardiac failure) and after consideration of alternative treatment options including monotherapies.

Digital rectal examination, as well as other evaluations for prostate cancer, must be performed on patients prior to initiating therapy with Dutasteride and periodically thereafter.

Serum prostate-specific antigen (PSA) concentration is an important component in the detection of prostate cancer. Dutasteride causes a decrease in mean serum PSA levels by approximately 50%, after 6 months of treatment.

Treatment with Dutasteride does not interface with the use of PSA as a tool to assist in the diagnosis of prostate cancer after a new baseline has been established.

Breast neoplasia : Breast cancer has been reported in men taking Dutasteride in clinical trials and during the post-making period. Physicians should instruct their patients to promptly report any changes in their breast tissue such as lumps or nipple discharge. Currently it is not clear if there is a casual relationship between the occurrence of male breast cancer and long term use of Dutasteride.

Effects of other drugs on the pharmacokinetics of Dutasteride.

Use together with CYP3A4 and/or P-glycoprotein-inhibitors:

Dutasteride is mainly eliminated via metabolism. In vitro studies indicate that this metabolism is catalysed by CYP3A4 and CYP3A5. No formal interaction studies have been performed with potent CYP3A4 inhibitors. However, in a population pharmacokinetic study, Dutasteride serum concentrations were on average 1.6 to 1.8 times greater, respectively, in a small number of patients treated concurrently with verapamil or diltiazem (moderate inhibitors of CYP3A4 and inhibitors of P-glycoprotein) than in other patients.

Long-term combination of Dutasteride with drugs that are potent inhibitors of the enzyme CYP3A4 (e.g. ritonavir, indinavir, nefazodone, itraconazole, ketoconazole administered orally) may increase serum concentrations of Dutasteride. Further inhibition of 5-alpha reductase at increased Dutasteride exposure, is not likely. However, a reduction of the Dutasteride dosing frequency can be considered if side effects are noted. It should be noted that in the case of enzyme inhibition, the long half-life may be further prolonged and it can take more than 6 months of concurrent therapy before a new steady state is reached.

Dutasteride has no effect on the pharmacokinetics of warfarin or digoxin. This indicates that Dutasteride does not inhibit/induce CYP2C9 or the transporter P-glycoprotein. In vitro interaction studies indicate that Dutasteride does not inhibit the enzymes CYP1A2, CYP2A6,CYP2E1,CYP2C8, CYP2D6, CYP2C9,
CYP2B6 or CYP3A4. In a small study (N=24) of two weeks duration in healthy men, Dutasteride (0.5mg daily) had no effect on the pharmacokinetics of tamsulosin or terazosin. There was also no indication of a pharmacodynamic interaction in this study.

Dutasteride is contraindicated for use by women.

Fertility : Dutasteride has been reported to affect semen characteristics (reduction in sperm count, semen volume, and sperm motility) in healthy men. The possibility of reduced male fertility cannot be excluded.

Pregnancy : As with other 5 alpha reductase inhibitors, Dutasteride inhibits the conversion of testosterone to dihydrotestosterone and may, if administered to a women carrying a male foetus, inhibit the development of the external genitalia of the foetus. Small amounts of Dutasteride have been recovered from the semen in subjects receiving Dutasteride 0.5mg day. It is not known whether a male foetus may be adversely affected if his mother is exposed to the semen of a patient being treated with Dutasteride (the risk of which is greatest during the first weeks of pregnancy).

As with all 5 alpha reductase inhibitors, when the patient’s partner is or may potentially be pregnant it is recommended that the patient avoidse exposure of his partner to semen by use of a condom.

Lactation : It is not known whether Dutasteride is excreted  or not in human milk.

In volunteer studies of Dutasteride, single daily doses of Dutasteride up to 40mg/day (80 times the therapeutic dose) have been administered for 7 days without significant safety concerns.

In clinical studies, doses of 5mg daily have been administered to subjects for 6 months with no additional adverse effects to those seen at therapeutic doses of 0.5mg. There is no specific antidote for Dutasteride, therefore, in suspected over dosage symptomatic and supportive treatment should be given as appropriate.
More ... Less ...

Store below 25C. Protect from light and moisture. 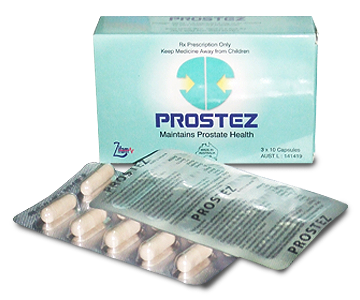